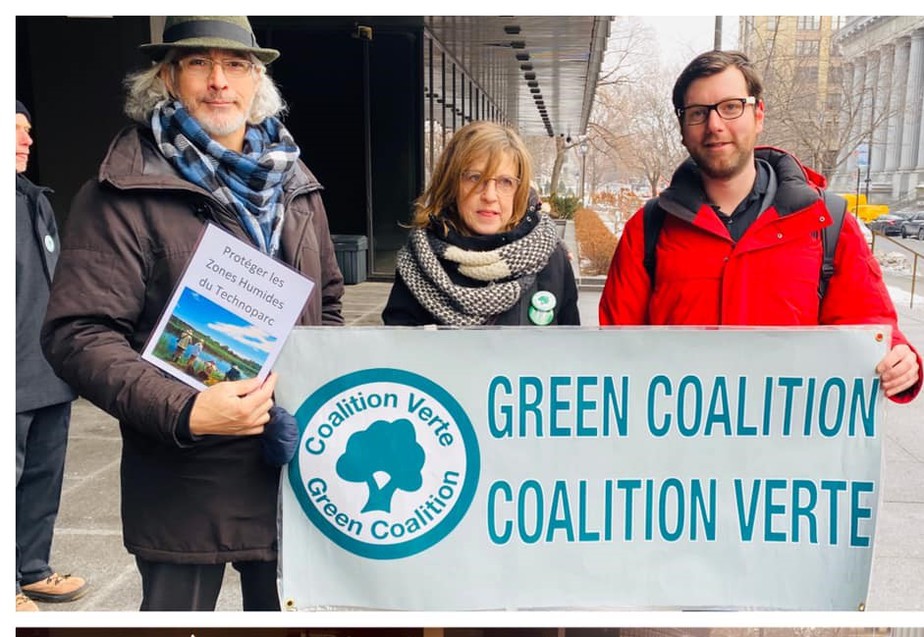 What better way to start the week than a protest to save local wetlands?

This morning, I was outside the Montréal courthouse to support the Coalition Verte – Green Coalition and TechnoparcOiseaux who are beginning a three week trial to stop the city of Montreal from distorting some of the most bio diverse wetlands on the island of Montreal. They will be making the case that the environmental review conducted by the province is not credible.

At a time when our mayor, Valerie Plante is taking to the international stage vowing to protect wetlands, she is not only allowing this project to go forward but she has allowed the city’s lawyers to demand that the Green Coalition pay $30k in legal fees just for attempting to make third case in court.

These wetlands are priceless. They are home to many species of migratory birds, some of which are endangered. It’s the top bird watching destination in Montreal.

They may call this land an industrial parc but it is much more than that and I call on Mayor Valerie Plante to take action here in Montréal in order to save this ecosystem.