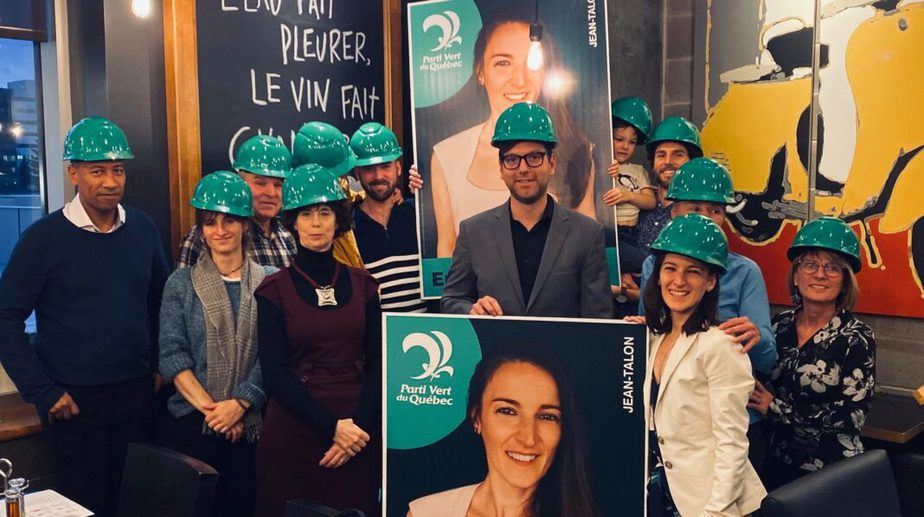 Today we launched Emili Coulombe’s campaign for the upcomming by-election in the Jean-Talon dictrict in Qubec City!

In this campaign we will be foccusing on the need to build Green infrastructure (that’s why we are wearing green hard hats!). The main infrastructure project we are campaigning for is a Metro for Quebec City!

The Green Party of Qubec is the only provincial party that supports a Metro for Quebec City and Emili Coulombe is the co-founder of a citizen group called “J’y vais en métro” that is campaigning for… the construction of a Metro in Québec City!

The Green Party supports a ban on all pesticides

The Green Party denounces the destruction of farmland in Longueuil

The Green Party at the Climate Justice Demonstration

The GPQ reiterates its policy against plastic and single-use items