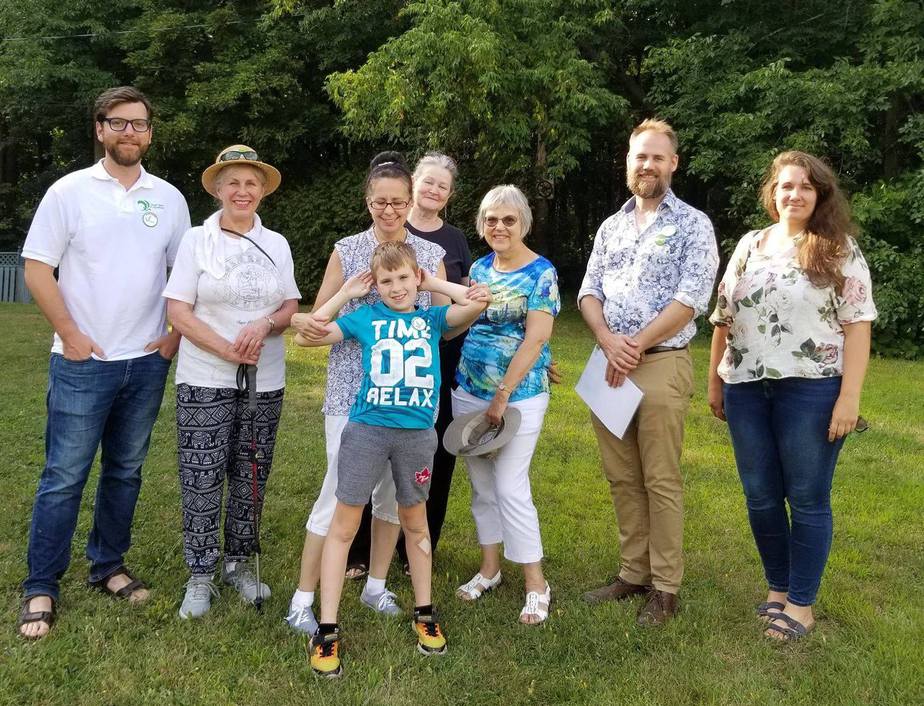 Thursday I visited the Rousseau forest and wetlands in the town of Pincourt, Québec, along with Federal Green candidate Cameron Stiff and members of the group Sauvez Rousseau Wetlands.

This forest, which contains several ponds and extends right to the waterfront is slated for residential development and could be destroyed in the coming months. Despite widespread opposition from local residents the Mayor of Pincourt is going ahead with the project and refuses to have any kind of meaningful consultation with concerned citizens.

There are very few wetlands of this type left in the region which is directly adjacent to Montreal.

In support of the local residents I urged Pincourt Mayor Yvan Cardinal to take another look at this project and to reconsider his support for the development of these lands based on the very strong arguments that his constituents are putting forward.

Camron Stiff declared that from a federal perspective the protection of green space is vitally important to the fight against climate change.

The Green Party of Québec stands in solidarity with the group Sauvez Rousseau Wetlands and will continue speaking out for the protection of this green space as the issue progresses.