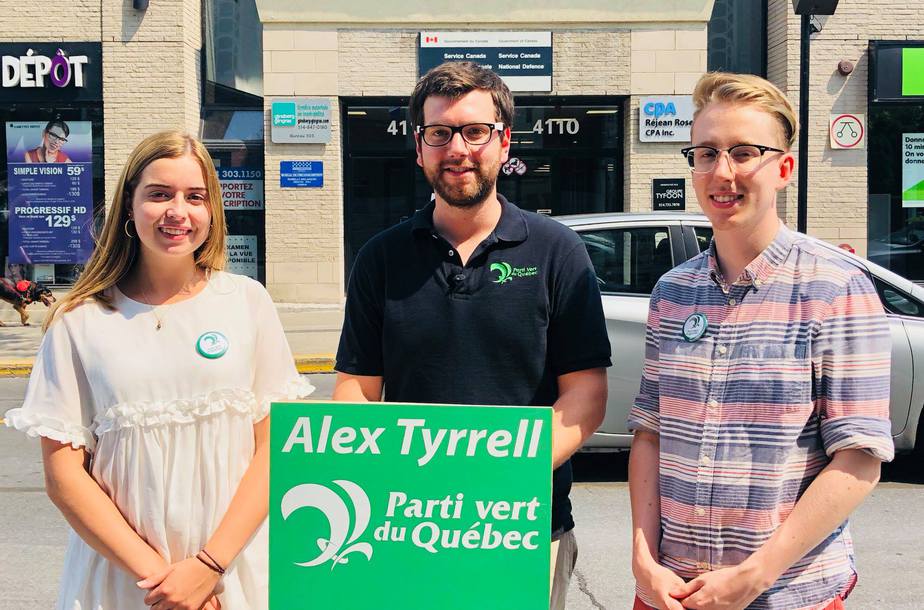 Today, I went to the office of Minister Isabelle Melançon, also a candidate in Verdun, to denounce her complicity in the Quebec government’s decision to allow oil drilling in Quebec’s lakes and rivers.

A responsible society cannot tolerate such acts that go against the interests of citizens. We urge the Minister to assume her responsibilities and denounce the pro-oil policies of her administration, which continues to pay $300 million per year in subsidies to the oil industry.

I would like to thank Vincent J. Carbonneau, candidate in Mont-Royal-Outremont and Alice Sécheresse, candidate in Gouin, for their participation and involvement in the cause.

Live from the Minister of the environment’s office to condemn her decision to allow oil and gas exploration in Quebec’s many lakes and rivers!Français: https://bit.ly/2OOQz5h