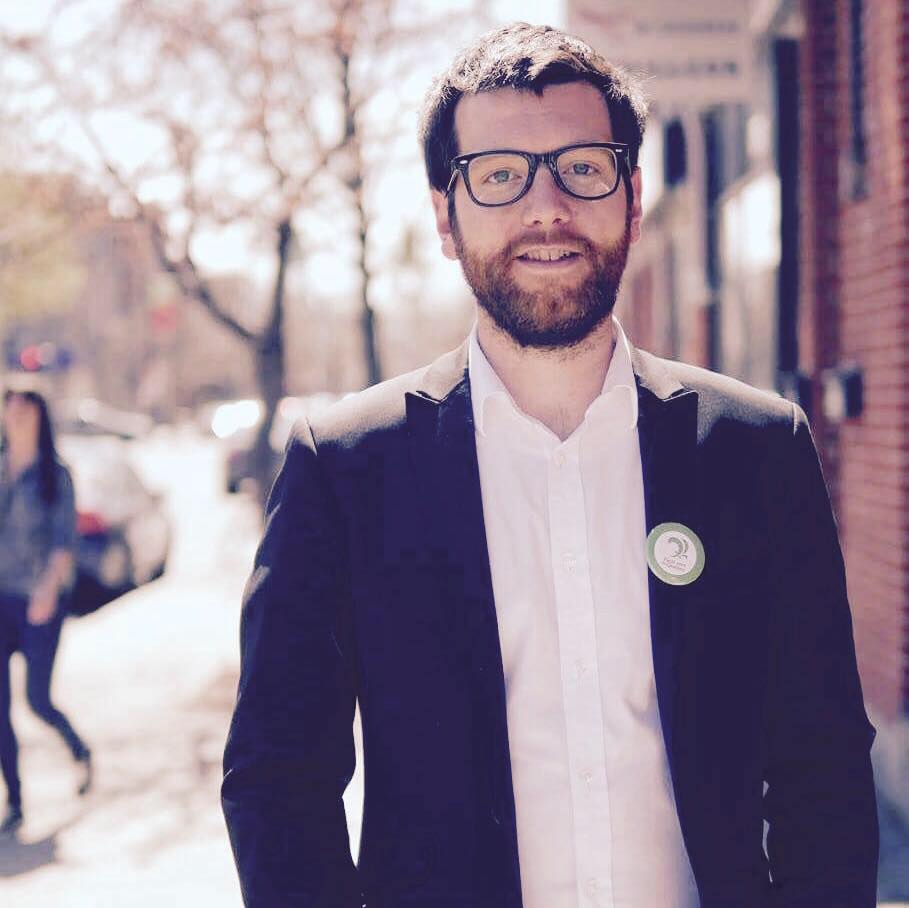 Four years ago today I launched my campaign for the leadership of the Green Party of Québec!

In the months that followed, I set out to meet as many members of the party as possible at events, on the phone and online.

The main themes of my campaign were to unite the party around progressive ideas, to put an end to infighting and to put the organization to work on influencing the Quebec political scene.

Today the Green Party of Quebec is better placed than ever to make substantial gains in the next election. We have reestablished our credibility by uniting our forces, by adopting an eco-socialist platform and by positioning ourselves clearly on the left of the province’s political scene.

Since my arrival at the helm of the organization in 2013 we have opposed the discriminatory charter of “values” put forward by the Parti Quebecois, we denounced the neo-liberal austerity measures through both press releases and in the streets, we stood our ground against totalitarian anti-protest legislation, and spoke out against catastrophic cuts to our public services and environmental destruction.

We traveled the province on an extremely limited budget and we acted as an environmental group to combat the inaction of the province in dealing with the Pointe-Claire PCB spill. Together we demonstrated that we are anything but a single issue Party.

Today our efforts are concentrated in preparing for the upcoming 2018 general election. In this election, the Green Party of Quebec will present voters with a clear, credible and concrete alternative. An alternative that will permit voters to vote for a party that is ready to get to work on addressing the priorities of the progressive community without starting a useless campaign for a third referendum on Quebec independence that will lead to nothing more than divisions.

We are Green, we are progressive and there is no limit to what we can achieve together!

Alex Tyrrell
Leader of The Green Party of Québec