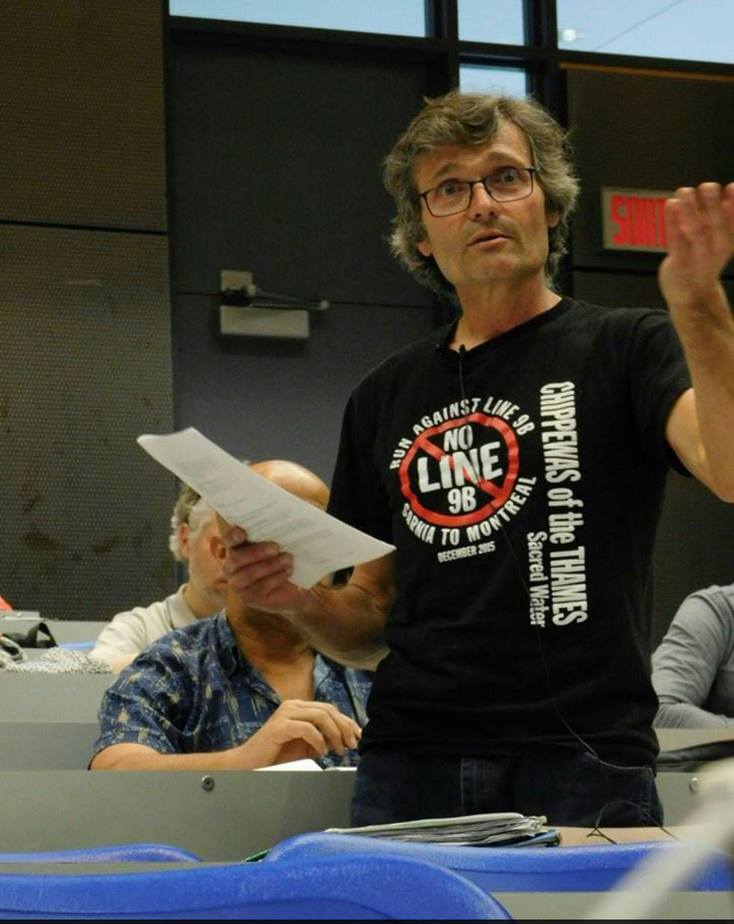 Last night, we learned of the death of a major figure in the Quebec environmental movement, Mr. Jean Léger.

Jean was devoted to the protection of the environment, and was an active campaigner for the rights of First Nations and the Palestinian people. He was a source of inspiration for many environmentalists and for myself. The level of sincerity with which Jean tackled the problems of modern society was accompanied by a determination and generosity almost unparalleled in our movement.

Jean Léger was a leader. He did not hesitate to take personal risks for the common good. He was dedicated and generous. When he closed the valve on pipeline 9B, he sent a clear message to the public and to the entire movement that direct action will be necessary in the fight against climate change.

When he interrupted the first BAPE hearings on Énergie Est, opposition to this bogus consultation was galvanized. The Liberal government had no choice but to cancel the entire process. When he had Jean Charest’s conference at McGill cancelled, he made it known that the people of Quebec will never forget the corruption and abuses of Charest’s shameful government.

Jean Léger was extremely concerned about environmental and social problems and the many injustices in our society and around the world. He left us facing great challenges that we must now face without a shining light at our side.

Jean Léger’s contribution to the Quebec environmental movement is enormous. I considered him a friend and I am without words to describe my sadness at the news of his death. We now have the responsibility to continue the movements in his honour.

Solidarity with Jean Léger and my most sincere condolences to his family and loved ones.