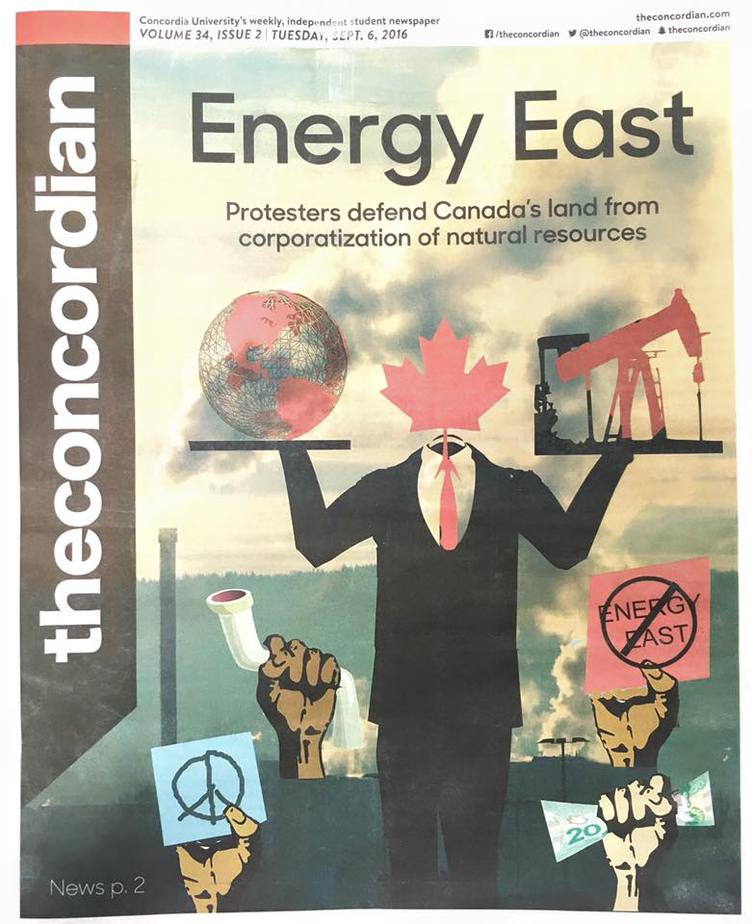 “The NEB is supposed to be impartial and issue recommendations in the public interest,” said Alex Tyrrell, leader of the Green Party of Quebec and Environmental Sciences student at Concordia. He said many residents believe the NEB cannot continue with hearings for TransCanada because it has become clear that at least two of the three commissioners tasked with overseeing the hearings and writing a report on public interest concerning the Energy East pipelines have already been promoting it.

Gareau describes the NEB as a powerful entity, stating that as a commissioner or board member there is a responsibility to provide a fair and natural balanced review on public opinion towards pipelines. However, Gareau believes—in regards to meetings between Charest and two of the three commissioners—it is difficult for the NEB to form an unbiased report. “There’s kind of a revolving door between industry and the NEB, so the cultures and interests of the oil and gas industry are very much entrenched in the NEB,” said Gareau.

Tyrrell said the NEB initially denied meeting with Charest. However, once it was revealed the meetings did take place, the NEB was then ordered to admit the meetings had occurred and to release notes taken during the meeting, said Tyrrell. The published notes revealed that the commissioners and Charest discussed how to spin the NEB report in a way that would gain support from Quebec residents. “Their job isn’t to do public relations, it’s to do safety and environmental analysis,” Tyrrell said.

Tyrrell added people should be trained specifically to evaluate these projects on behalf of government organizations and anyone involved in the energy industry due to their loyalties to energy companies should not be hired. “They’re supposed to be evaluating the project on behalf of the citizens,” said Tyrrell. He said it should not be on behalf of TransCanada or on behalf of people who are fixated on prolonging the life of the oil industry to continue its existence into the future.

Tyrrell said similar circumstances led to catastrophes like the BP oil spill in the Gulf of Mexico. “The regulators were far too close with the industry and lacked the teeth to really do anything— even when problems were well known,” said Tyrrell.

There are also concerns about the safety and reliability of TransCanada’s plan. Of the 4,550 km of proposed pipeline for this project, approximately 75 per cent of those pipelines will be converted from old gas transmission lines, according to Energy East pipeline spokesperson Tim Duboyce.

Tyrrell said this proposal is problematic. “Not only are the pipes already aged and worn, but they were never designed to carry tar sands oil in the first place,” he said, adding that alterations to existing natural gas pipelines increase the probability of spills.