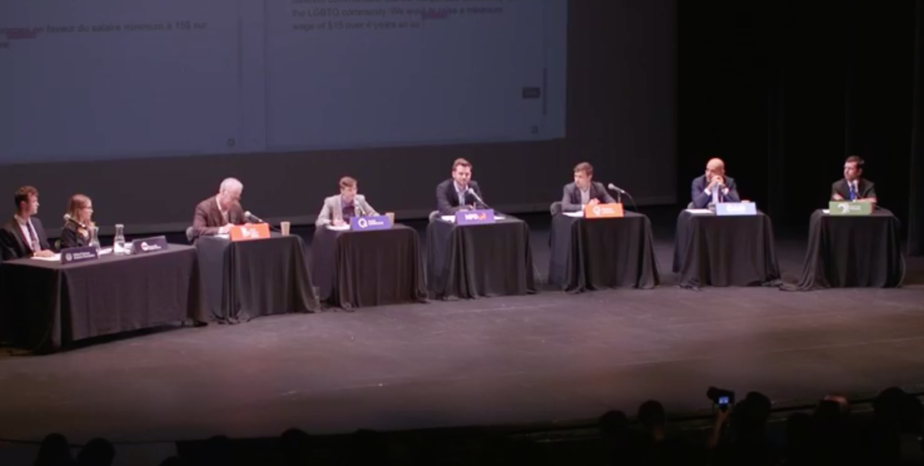 Alex Tyrrell participated in an election debate at Concordia University against the leaders of Quebec Solidaire and the NDP as well as other candidate. He drew loud applauds on several occasions for being outspoken on key progressive issues.

I was in a debate this evening with the leaders of the NDP and Québec Solidaire as well as candidates from the PQ, Liberals and CAQ.People are saying I won the debate! A must watch!