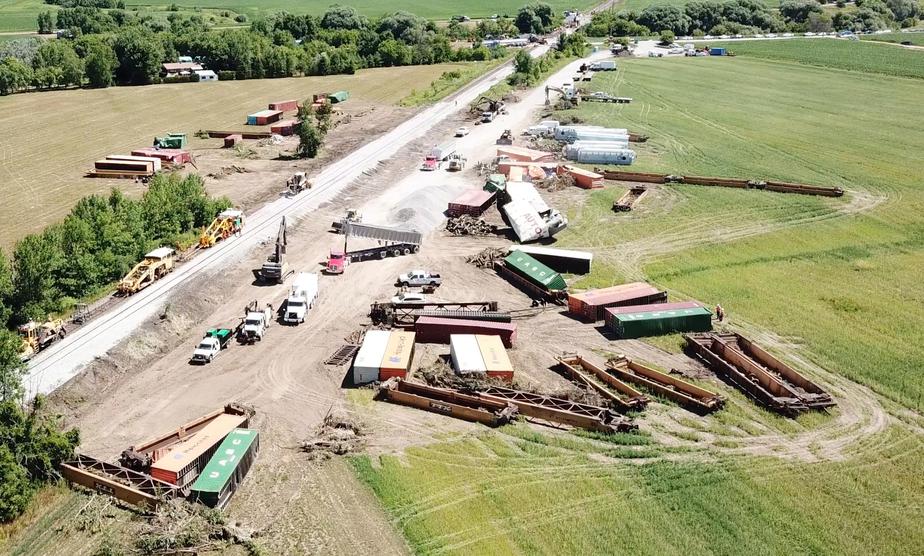 This morning I visited the site of the Saint-Polycape oil train derailment.

While we are lucky that there were no deaths or injuries, this is the sixth train derailment on main tracks in Quebec since the beginning of the year.

This plague of train derailments is nothing short of a pattern; à pattern provoked by lax safety standards, industrial deregulation and savage capitalism.

Yesterday, Quebec’s minister of Public Safety declared at the site that Canadian National’s (the private corporation that operates the railway) first priority is safety rather than profits.

I strongly disagree with the minister; Canadian National is a for-profit company that depends on government regulations and oversight to keep people and the environment safe.

In this case two oil car fell into a river. No oil seems to have leaked out, but there were a dozen tanker trucks standing by to drain the oil from the rail cars. Imagine how much worse this would be if there was a fire, or if this accident happened in a more density populated areas.

Enough is enough, we need better regulation of the railway industry now!

Live from the oil train derailment in Saint-Polycap, Qc.

This morning I visited the site of the Saint-Polycape oil train derailment. While we are lucky that there were no…