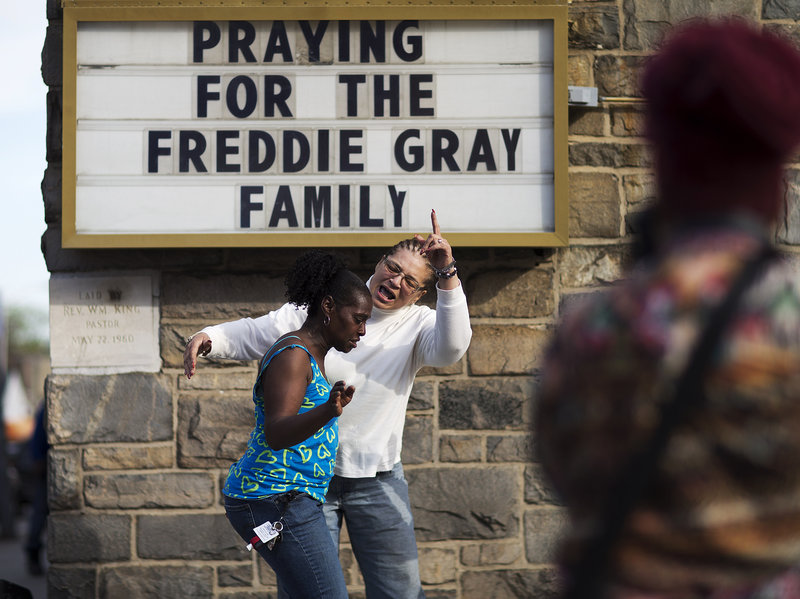 According to the State Attorney, Freddie Gray was illegally arrested, detained, assaulted and denied medical treatment for a severed spinal cord while in custody of the Baltimore Police.

One of the officers involved allegedly spoke to the back of Freddie Gray’s head while he lay face down, unconscious in the back of the police vehicle.

Protests against police brutality are well justified. Mainstream media, police officers and right wing politicians have called Black Lives Matter protesters « thugs » and « outrageous criminals » but in this case it is six police officers that are facing criminal charges.

In Québec police oversight is virtually inexistent. There has been no meaningful progress made since the police shooting of fifteen year old Fredy Villanueva in 2008 that sparked many nights of rioting in Montreal North.

The Green Party of Québec would like to express it’s solidarity with Freddie Gray’s family, the Black Lives Matter movement and we reiterate our call for independent investigations into of police misconduct in Québec and around the globe.

According to the State Attorney, Freddie Gray was illegally arrested, detained, assaulted and denied medical treatment…