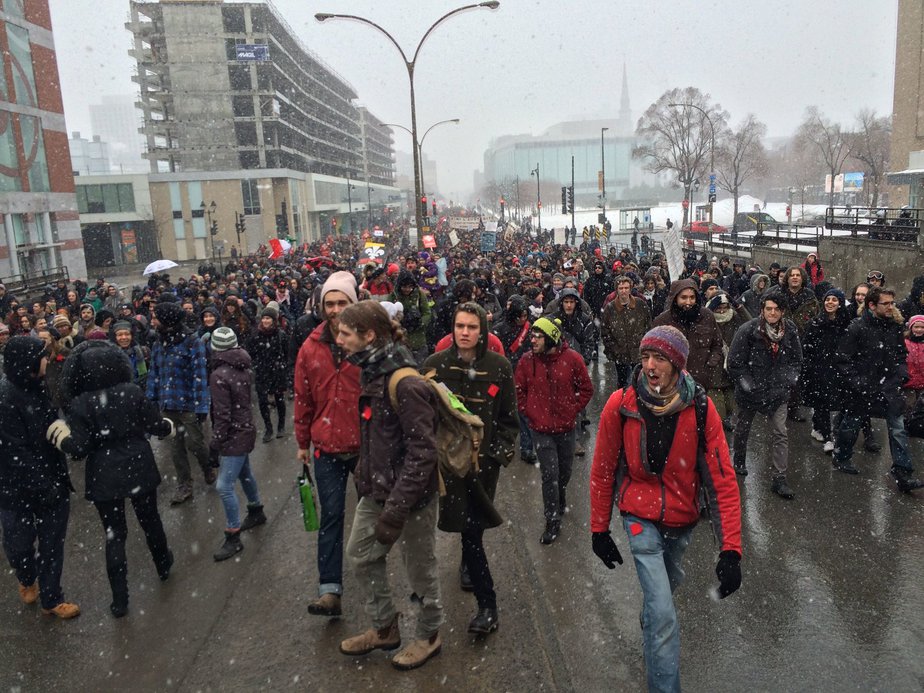 The Green Party of Quebec is announcing our support for the student movement and all those who stand up to protect public services against the neo-liberal austerity regime imposed by Philippe Couillard’s Liberal government.

Alex Tyrrell, leader of the GPQ, was among the strikers at Concordia today, the university where he is currently studying part-time. “The entire population will be impacted by the austerity measures. The members of our association voted in favour of a strike to denounce a series of cuts in our institution and across Quebec,” he said.

The GPQ also supports the right of student associations to vote for strike mandates at general meetings. “One thing that is different from 2012 is that now university rectors, professors, and student who are opposed to the strikes are starting to realize that when a strike mandate is democratically voted on at a general meeting, it must be respected. ” Tyrrell argued.

“We will be present in the many demonstrations in the spring of 2015 to defend our rights and public services. Liberal austerity must end immediately. Let’s tax the rich and the multinationals instead of cutting education, health and public services! “concluded Catherine Lovatt-Smith, GPQ Deputy Leader.