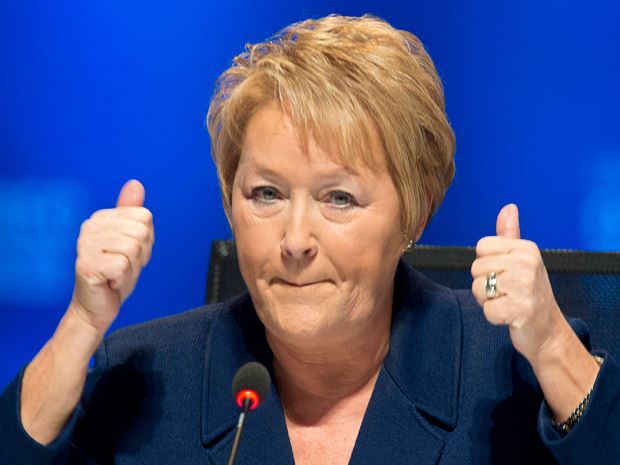 The leader of the Green Party of Quebec, Mr. Alex Tyrrell, spoke tonight to denounce the austerity budget presented to the National Assembly by the Minister of Finance, Mr. Nicolas Marceau. “This budget presents no vision for the future of Quebec, no overall plan. It is composed only of cuts and reductions in direct services to citizens. We reject it without compromise,” he said.

“The rate increase in subsidized daycare centres is particularly detestable. “We’re talking about a rate shock of almost 30% over two years, which translates into $500 per child per year. “In conjunction with the health tax and the rate increases at Hydro-Québec, we can only conclude that the government of Pauline Marois has abandoned Quebec families,” added the GPQ leader.

“The government has enough money to play the stock market in the mining industry and invest in fossil fuels, but not enough to guarantee funding for health care and child care. This government’s priorities are completely out of touch with the priorities of Quebec families,” concluded Mr. Tyrrell.

The Green Party of Quebec will take advantage of the upcoming election campaign to provoke a debate on these issues. Quebecers do not have to endure this agenda of economic austerity, common to all three major parties. This is why the GPQ will offer a real choice by proposing a radically different eco-socialist platform in the next election.

Statement From Alex Tyrrell On 30 Year Anniversary Of Polytechnique Massacre

Alex Tyrrell: Quebec should be ashamed of Bill 21