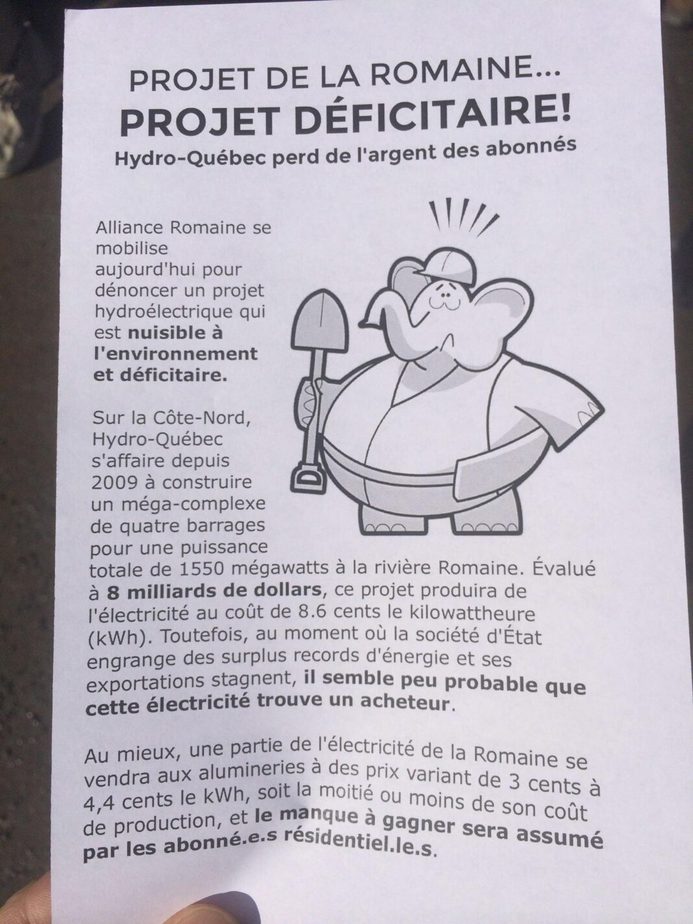 Back from the Alliance Romaine’s action demonstration about the four hydraulic dams that are being developed on the Romaine River.

Despite the fact that Québec has a surplus of electricity, the state-owned corporation Hydro-Québec has decided to raise rates and increase service capacity. We are reduced to selling our energy to large industrial companies at an artificially low price subsidized by taxpayers. At the same time, the Crown corporation is raising rates for citizens and our public transit companies.

The Green Party of Quebec is in favour of reducing electricity rates for citizens. We are also in favour of a major government program to reduce our energy consumption by insulating our buildings.

Why destroy our rivers to power inefficient buildings?

The GPQ will be taking a position on the four dams on the Romaine River shortly. Here are the pictures of the lunch in front of Hydro-Québec’s head office with Alliance Romaine’s white elephants.

Statement From Alex Tyrrell On 30 Year Anniversary Of Polytechnique Massacre