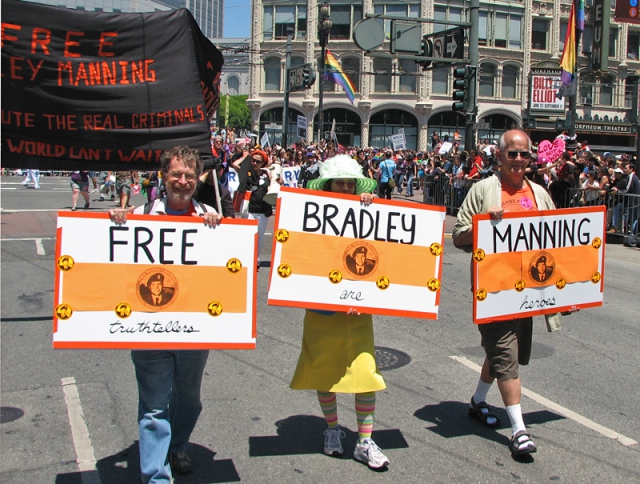 Today I would like to express my solidarity with Bradley Manning; the source of Wikileaks who is now convicted of espionage by the US government.

Bradley Manning was a young man of 21 when he changed the world by providing thousands of secret diplomatic cables to the Wikileaks site, which published them in newspapers around the world.

The video shows the murder of several people and journalists on the ground in Iraq. This video shows the real consequences of the war and the unacceptable abuses by some US soldiers who not only shoot at journalists, but continue to shoot when the wounded are picked up.

For those who believe that exposing this type of abuse is espionage, I say to you with this; Bradley Manning is a hero who should be released right now.